LinkedIn Rebuked by China for Failing to Control Political Content 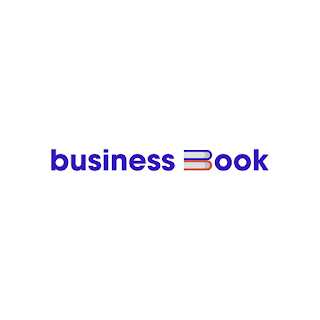 LinkedIn has been the lone major American social network allowed to operate in China.

It seems Microsoft's professional networking site LinkedIn is in hot water in China as the country's Internet regulator has rebuked the executive of the company this month for failing to control political content, The New York Times reported. LinkedIn has been the lone major American social network allowed to operate in China. The Microsoft-owned service for professionals censors the posts made by its millions of Chinese users.

But it is not clear what material got the company into trouble. The regulator said it had found objectionable posts circulating in the period around an annual meeting of China's lawmakers, The New York Times reported citing people, who have been briefed on the matter.

As a punishment, the people said, officials are requiring LinkedIn to perform a self-evaluation and offer a report to the Cyberspace Administration of China, the country's Internet regulator.

The service was also forced to suspend new sign-ups of users inside China for 30 days, one of the people added, though that period could change depending on the administration's judgment.

The Cyberspace Administration of China did not immediately respond to a faxed request for comment.

Last week, Microsoft's professional networking site LinkedIn said it is pausing new member registrations in China as the company works to ensure it remains in compliance with local law.

China is known to heavily regulate and censor domestic Internet usage and actively block any websites or links that are seen as going against the narrative of the communist party.

The country has the world's most sophisticated censorship system known as the "Great Firewall". The Chinese government controls the media through techniques including blocking IP addresses, DNS attacks and filtering specific URLs and keywords within URLs, according to South China Morning Post (SCMP).

According to an SCMP article in November, over the years, the number of websites blocked in China has ballooned to 10,000.

In 2016, Freedom House ranked China last for the second consecutive year out of 65 countries that represent 88 per cent of the world's internet users.

Popular posts from this blog

New features for service area businesses on Google My Business

April 13, 2021
Let’s say you’ve started your own business. The office you’ve leased is a 22 by 14 foot sprinter van. Every day, you find a new challenge in a new location across the areas you serve. You might be a plumber or an electrician or a landscaper, but above all you’re a business owner. We've recently made a few updates to Google My Business, so you can now share your service areas and information about your business via Google Maps and Search—so you can get found and tap into the many people searching for businesses like yours everyday. For business owners signing up for the first time, we’ll guide you through the setup process with prompts for your local service area business. The process kicks off with the question: “Do you want to add a location customers can visit, like a store or office?" If the answer is no, you’re routed down the path tailored specifically for service-area businesses. This path lets you add the various areas you cover instead of a static address, which help
4 comments
Read more

What makes a great leader?